Cravity is a rookie group consisting of 9 members formed in 2020 by Starship Entertainment. They debuted recently with the title track

“Break all the Rules”  from the mini-album “SEASON1: [HIDEOUT: REMEMBER WHO WE ARE]“

Debut Single: Break all the Rules.

Debut Album : SEASON1: [HIDEOUT: REMEMBER WHO WE ARE] Was a former YG trainee.

He was in a dance group before being a trainee.

He was also a model TMI: Only foreign members. He is a Taiwanese – American.

Was supposed to debut with Stray Kids

Has composed a song called “Growing Up” pre-debut.

Friend of Chan from Stray Kids and Chaeyeon of IZ*ONE.

He can speak fluent English and Korean and Mandarin.

He is an allrounder excelling in singing, dancing, and producing. Jungmo lived in New Zealand for 5 years and can speak English fluently.

He used to attend a flight attendant academy.

His favorite meal is a Hamburger.

Known for his iconic heart pose. TMI:  Woobin can play the guitar.

He is known to look similar to his senior I.M of Monsta X.

He is good at beatboxing.

He auditioned for JYP.

He likes to go to karaoke.

He likes to cook and is good at making pasta. TMI: He learned Japanese since age 14/15 because he wanted to watch anime without subtitles.

He is a child actor. TMI: He participated in producex101 and ranked 10th making it into the final lineup for X1

He was a member of a Middle School Dance team called “Strawberry Milk“.

His childhood dream was to be a  Botanist

He likes to eat ramen.

Was a backup dancer for Jeong Sewoon. TMI: He participated in the survival show Produce X 101 and he ranked 4th and made it to the final line-up X1.

He was the High School Calligraphy club president.

Played soccer when he was younger.

Becoming a k-pop idol was his dream since 9th grade.

He was Jeong Sewoon’s backup dancer. TMI: He was an ex-trainee at SM Entertainment

He was in a dance cover group called “Moebius

He has passed many auditions for different companies.

He is good at sports. TMI: He likes Haribos a lot

He had a fan club for him in his school.

He is good at drawing and calligraphy

He learned how to swim in 4th grade 2. They held their debut showcase on VLIVE on April 14th, 8 PM KST.

3.Their debut album SEASON1: [HIDEOUT: REMEMBER WHO WE ARE]  ranked first in iTunes’ Top K-Pop Album Chart in regions, namely the United States of America, Malaysia, Sweden, Japan, Vietnam, Indonesia, and Chile shortly after its release.

4. The album also ranked second in the UK, Taiwan, Singapore, Mexico, and France, and ranked third in 12 regions

6. Their title song Break All The Rules ranked no. 1 in Norway and Turkey in the iTunes Top K-Pop Song Chart, no. 2 in Poland, 7th in Indonesia, 8th in Germany, and 12th in the United States. B-sides Jumper and Star also placed 3rd and 7th, respectively.

7. They made their stage debut performance on Mnet’s M Countdown on April 16.

Check out their incredible dancing to one of their famous B-side tracks “Jumper”.

This rookie group has tremendous potential and we can’t wait for their growth. We will be cheering them on and we surely will remember them! 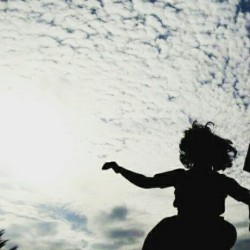