Hallyu Wave has been growing slowly hut steadily in India and we have gotten to see multiple events happening around it but it’s a matter of pride when our local talent gets to perform at a prestigious stage showcasing both their talent and the beauty of how music transcends language. After the last year of Face of South Asia event which happened in Pune, Asia Model Festival came up with an even bigger event, in association with Dada Phalke International Film Festival and sponsored by FASHIONXCHANGE and co-sponsored by Kiwa, who has been trying their best to spread hallyu wave in India and give our talented local artists a platform. The event had a lot of respected personalities from Bollywood as audience and dignitaries making it quite an event.
On 21st of February 2020, we got to see yet another stage in India where k-pop was showcased by our very own talented crews, Elixir Crew and Lokalz Crew. Elixir Crew is known for winning Mumbai regionals of LG k-pop contest in 2018 and also winning second place in the finals at Delhi, whereas Lokalz Crew is known for winning the latest LG k-pop contest finale. Both the crews got to perform at the stage of Asia Model Festival 2020 Face of India, showing a glimpse of K-pop to the audience and showcase their dancing skills. It’s a proud moment to see how the hallyu wave in India is getting such a boost while the talent is getting such a big stage. It’ll be quite a memorable day for both the performers and us.

“It went very well for new comers and a first for kpop on a bigger stage specifically meant for Bollywood , but the reason we took the chance was to make Kpop visible in traditional Indian places. That might raise interest to industry stakeholders and we might see official promotions. Wish we do more such events. Love shot excited the crowd.”

They had more to say and I quote

“Bollywood loves catchy dance tunes. There are many in Kpop.That is an advantage.”

I would like to thank KIWA in behalf of us artists for giving such platforms to us and spreading awareness about korean culture and K-pop in general in India.

Hope we get to see more such events happening around us and spread more awareness about the hallyu wave. 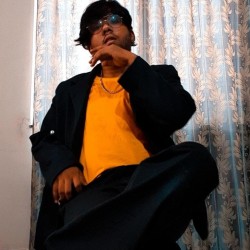 Leader of Ddaeng Crew and a K-pop Enthusiast